Skip to content
How Rhino Can Help Empower Women in Business.

How Rhino Can Help Empower Women in Business.

One of our fabulous early-adopters, entrepreneur and businesswoman Beth Turner, transformed the way she worked almost overnight, thanks to the power of the Rhino Small Business App.

Beth was on board with Rhino early and helped to test the early releases of the Rhino Small Business App. Beth’s experience in the corporate world gave her a good appreciation of the need to have a technical infrastructure in place to support a growing business. 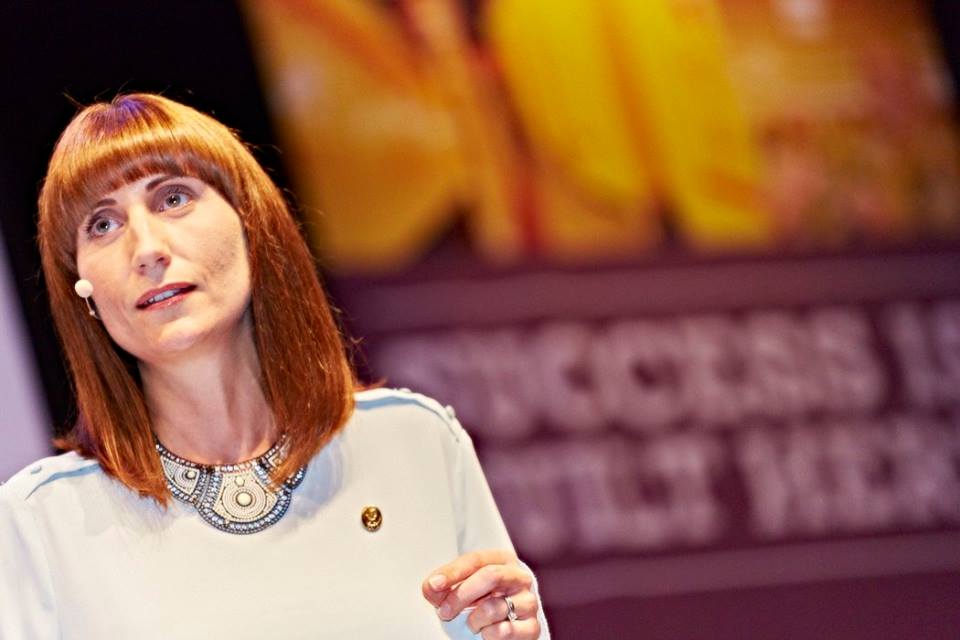 Working with the Rhino team offered a great opportunity to become familiar with the features within the App. She was able to provide valuable feedback to the development team to ensure that the Rhino App reflected the real challenges facing a busy entrepreneur who also needed to balance a busy family life.

It all started in May 2014. At the end of that month, Beth spent her last day as an employee in a corporate environment. She has two children, then aged 4 and 8. Her goal was to be a ‘present mum’. But she didn’t want to lose her income. After 15 years working in HR for a prestigious department store, Beth chose to become an independent business owner with Forever Living Products, initially in a part-time capacity. However, in just six months she had matched her former corporate income.

Then she noticed a downside: along with the satisfyingly rapid growth of her business came the burden of administration. While she could now ‘do the school run’, her evenings and weekends were beginning to give way to paperwork. Paper was the issue.

“I was running an increasingly successful business from various pieces of paper and folders,” Beth explains. “It was a tedious manual process with virtually no flexibility. It became quite restrictive as I tried to work around the needs of my family.”

Like so many small business owners, Beth found that the process of business administration, while essential to keeping on top of things, was leaving a massive paper trail that proved daunting to sort out at the end of the financial year.

“I was eager to find a simple and reliable way to organise my business that I could access whilst away from the office. It had to be a one-stop shop that would keep me out of trouble with the taxman while freeing up my time to do the things I needed to do to establish and grow a successful business.”

Beth considered using several of the advertised Accounting Solutions but was reluctant to do because a) she was not an accountant, b) whilst creating invoices and tracking expenses is important, she also needed something to help drive all the other activities that must happen before you get the opportunity to create an invoice.

That’s when a visit from a relative changed everything. Beth’s uncle Bob lives in the same Leicestershire village as Eugene Blaine, the creator of the Rhino App. During many conversations, at village functions and in the local pub, Bob had come to know a lot about the Rhino App and how it was shaping up. He was also aware of their mission – to give small business owners simple technology to enable them to complete in a fast-changing world. That’s when Bob introduced Beth to the Rhino team and the story really started to get interesting.

Traditional accounting apps focus on the raw nuts and bolts of the accounting process. But that’s just one part of a business. In complete contrast, the Rhino App is designed to provide the Customer with a host of features that allow a business person to deal with all the other ‘real-world’ functions they have to contend with. Beth was enthused by the vision and immediately engaged with the development team to define how Rhino could support her industry.

Beth required something to help manage her day to day business activities and also, as a by-product of this, something that would prepare the necessary data for her accountant and the tax authorities at the same time.

To start with, the App underwent several iterations of simplification. For example, business people in Beth’s industry do not do Estimating, they don’t manage Projects and they have no need for Time Recording. To address this, and recognising that different sectors have different requirements, the Rhino App was changed so that new Customers select a ‘Sector’ when they register a new Account and the App is automatically configured for that sector when they log in. This aligned with Rhino’s ‘show business’ design philosophy, which sets out to give the customer exactly what they need, but no more – because that would complicate things, and no less – as that would be inadequate.

Having the correct features was a crucial first step but the second and equally important requirement is that Beth needed to be able to access her business whilst out and about. Most people will recognise that sometimes if you put off doing things, you simply forget. Beth wanted to make use of any free windows of time to update everything during the day so that her evenings were free when she got home. It’s great to see that Beth now runs her entire business on her mobile.

“The phone is always with me. My contacts, prospecting, appointments, notes, invoices, expenses, documents, accounts… the whole lot. I can now organise my business from my mobile in the moment – by that I mean in the car, while waiting by the playground, on the train or in a coffee shop, rather than having to find time later when I’m at home with the family,” she says.

Within Forever Living, Beth is well known for the business success she generates. She regularly gives presentations and is a keynote speaker at seminars across Europe, recently to an audience of several hundred at the London Palladium.

During her early collaborations with Rhino, Beth was asked to represent small business owners through direct involvement with the HMRC in its Making Tax Digital initiative. She helped to drive the development of the MTD platform to ensure it was compatible with business apps – notably Rhino.

Using the Rhino App, Beth became the first person to submit an annual return digitally to the MTD pilot project in June 2017. Then exceeded that achievement in March 2018 by being first to submit to HMRC’s Live system. But the pinnacle has to be her invitation to Whitehall to brief the Admin Burdens Advisory Board (ABAB) and the Customer Experience Working Group (CEWG) in November 2017.

All in all, Beth’s involvement with the Rhino team has taken her on a fascinating journey where she has played a significant role in shaping both the Rhino App and Government Policy in favour of the small business owner.

Take your business to the next level…

RHINO can transform how you do business, giving you everything you need at your fingertips.
Take the opportunity to see for yourself. Try our free trial.

Other great features of the Rhino App

Rhino is all about giving sole traders and small business owners their evenings and weekends back – people exactly like Beth Turner. The Rhino Small Business App provides simple but powerful no-nonsense professional features on a tool that’s always to hand, including contacts, appointments, notes, estimates, invoices, expenses, accounts and more.