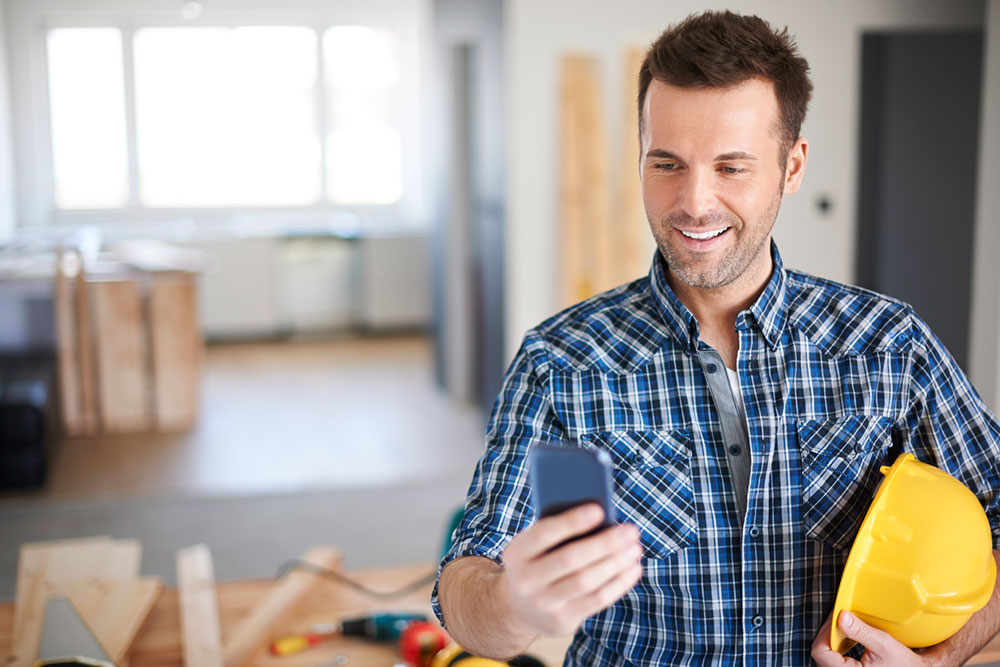 A key feature of the new Rhino Small Business App that’s proving highly popular with its rapidly-increasing user base is the voice function. Rhino users are reporting significant time savings with routine business admin by dictating the content of invoices, estimates, notes and appointments, directly on their smartphones.

Rhino already boasts an impressive ability to create an estimate or invoice in 30 seconds or less, with important information like the customer’s details and payment terms filled in automatically. You can also use the voice function to reduce this time even further, allowing descriptive narratives to be added easily without using the keyboard.

While using Rhino’s voice dictation function speeds up invoicing and general note-taking, tradespeople have found the function invaluable for creating estimates live on-site. “I can walk around a building dictating each line of my estimate as I identify different tasks that will form part of a full project – for instance first fix or rewiring,” says electrical contractor Steve Smith. “When I’m done with the inspection, I simply click to create the customer’s estimate right there. I can even email it immediately.”

“Rhino is all about giving sole traders and small business users their evenings and weekends back,” says founder Eugene Blaine. “Thanks to Rhino’s simplicity, the ease with which estimates, invoicing, expenditure and finance can be managed already alleviates the admin burden that often eats into personal time. Using the voice function adds a further level of efficiency and better descriptions without the need to type. That’s an extra bonus for anyone who finds smartphone keyboards fiddly.”

Take your business to the next level…

RHINO can transform how you do business, giving you everything you need at your fingertips.
Take the opportunity to see for yourself with our free trial.

Other great features of the Rhino App

Rhino is all about giving sole traders and small business users their evenings and weekends back. It provides simple but powerful no-nonsense professional features on a tool that’s always to hand, including contacts, appointments, notes, estimates, invoices, expenses, accounts and more.